I was walking along the river when I heard a drowning boy cry for help.

I was about to leave when it began to rain.

I had just finished my test paper when the bell rang, announcing the exam was over.

It was not long before he sensed the danger of the position.不久他就意识到他处境危险（动作已发生）

It will be half a year before you graduate from the school. 还有半年你才从这个学校毕业（动作未发生）

It is 3 years since he worked here.

It was 3 o’clock when they received the telephone.（时间状语从句）

It was at 3 o’clock that they received the telephone.

Mr. Zhang is more than my teacher, he is also my best friend.

Once you understand what the teacher explained, you will have no difficulty doing the work.

Once you have decided to do something, you should finish it and do it well.

The more books you read, the more knowledge you will get.

The busier he is, the happier he feels.

6. as if/ as though… 好像...（表示与事实相反，用虚拟；若表示即将成为事实或有可能成为事实，则用陈述语气。）

He was in great trouble, but he acted as if nothing had happened.

Although they just met for the first time, they talked as if they had been friends for many years.

The clouds are gathering. It looks as if it is going to rain.

Child as he is, I already know what career I want to follow.

Try as he might, he couldn’t solve the problem.

Much as I respect him, I can’t agree with his idea.

Whether the weather is good or bad, they will set off as they planned.

Any person, whether young or old, has his own worth.

Whichever(=No matter which) you like, you can take it away.( 让步状语从句)

Whoever breaks the law, he will certainly be punished. ( 让步状语从句)

Whoever breaks the law will certainly be punished. ( 名词性从句)

I will lend you money on condition that you can return it within 3 months.

Given her interest in children/Given that she is interested in children, I’m sure teaching is the right career for her.

In case that John comes/John should come, tell him to wait.

Stop doing such foolish thing, or you will be punished in time.

More effort, and the problem would have been settled.

Think it over, and you will find the answer.

The westerners eat so much fat and sugar that they put on weight easily.

There are so few fish in the lake that we couldn’t fish them easily.

The westerners eat so much fat and sugar as to put on weight easily.

so that引导目的状语从句时常与情态动词连用（= in order that）。

He turned up the radio a little so that he could hear the news clearly.

He turned up the radio a little so as to hear the news clearly.

While you are doing your homework, you can’t be careful enough.

He is such a great man that we can’t praise him too much.

William Hartley was handsome, determined and hardworking. In a word, I couldn’t speak too highly of him.

The development of society has made it necessary for us to have a good knowledge of English, so we can’t overemphasize the importance of learning English.

Since it is a good thing, we can’t do it too soon.

It’s important for us to have a good knowledge of English.

How rude of him to treat a child like that!

It’s thoughtful of him to fix us up for the night.

I feel it foolish of him to believe such a man.

The timely rain had made it possible for the crops to grow well.

You are too rude, and I won’t have you speaking to Mother like that again.

We can’t have anything done against the school rules.

He is said to be studying abroad.

I had hoped to travel to London this summer，but I was too busy.

How did you come to find out where she’s living?= How come that you found out….

How come that you sat there ,doing nothing?为什么坐在那儿什么也不干?

It’s like him to answer for what he has done.敢对自己的行为负责，这是他的一贯作风。

It’s not like him to have been so rude to his mother.

He is a man of few words, but when it comes to playing computer, he will be excited and full of energy.

When it comes to helping his wife with the housework, John never complains.

25. every time/ each time/ next time/ the first time/ any time等短语引导时间状语从句，表示“...次的时候”。

Every time you meet with new words while reading, don’t always refer to your dictionary.

Next time you come , do remember to bring your son here.

You are welcome to come back any time you want to.

There is ( no ) hope/chance/possibility of doing…

There is( no )difficulty/trouble/point/delay( in )doing...

Is there any chance of us/our winning the match?

There is no point（意义）in discussing the problem again.

――When shall we start out?

It’s up to you to babysit my so while I am away on business.

John isn’t really up to that job. 约翰不适合干那项工作。

What have you been up to recently? 最近你一直在忙些什么？

It is time that we ended the discussion.

I met him in the street yesterday afternoon.

It was I who/ that met him in the street yesterday afternoon.(强调是我，不是别人)

It was him who/that I met in the street yesterday afternoon.( 强调我遇见的是他，不是别人)

It was in the street that I met him yesterday afternoon.( 强调是在大街上，不是在别的地方，强调的是地点，但不用where)

It was yesterday afternoon that I met him in the street (强调是昨天下午，不是在别的时候, 强调的是时间，但不用when) 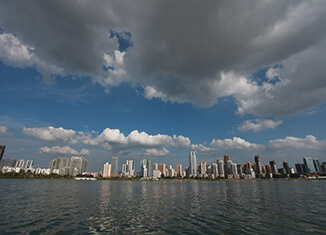 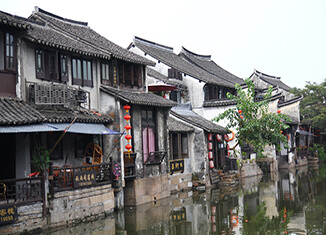 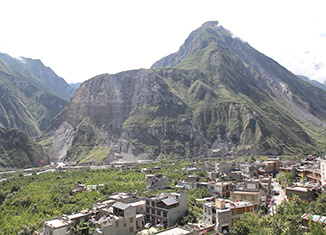